Nearly 600 people packed The Brewery in central London yesterday to find out who would be named the winners of the 16th Building Better Healthcare Awards. We are delighted to announce that Junction 17, our Tier 4 CAMHS Unit at Prestwich, won the prestigious award for Best Mental Health Development in the Building Design Class category. 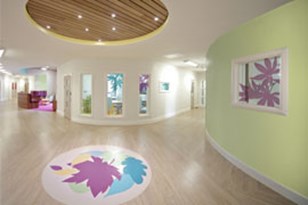 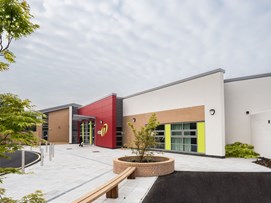 Following some amazing feedback from the Trust via its recent Post Project evaluation for J17 this Award is the icing on the cake on what has been a truly spectacular Project. We are thrilled with the Award and it was befitting that so many of our friends and collaborators from Greater Manchester West Mental Health NHS Trust could share in the acclaim in London after what was an exceptional team effort.”

Sarah leads and implements business development and marketing strategies and initiatives to drive continued growth in all key areas of the business.

We are delighted to announce the Multi-million pound mental health centre for young people, ‘Junction 17’ has been awarded ‘Design Project of the Year’ at the first Design in Mental Health Network…

Learn more about us on our media page.